Allan Williams was the band's first manager. He is famously quoted as telling Brian Epstein not to touch the band with a barge pole. He was a familiar sight at many a Beatles event and even makes a blink-and-you'll-miss-him uncredited appearance in Apple Studios during the recording of the Let It Be album in the recent Get Back documentary. Sadly Allan passed away at the end of 2016, and the Beatles world is poorer without him.

This photograph of the Beatles in the Cavern Club signed by Allan is going under the hammer in our forthcoming Beatles Memorabilia Auction. The estimate on this item is £20-£30. 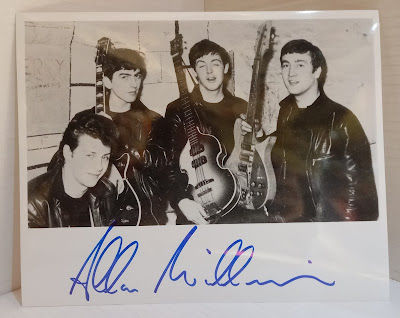