How To Get a Catalogue for the 2013 Auction

The 2013 Liverpool Beatles Auction catalogue is at the printers and will be available later this week.
Catalogues are free, but we do have to charge for postage and packaging where applicable.
Here's how to get a copy -

- if you're local, pop in and pick one up. They should be here by the weekend of the 3rd August.
- if you're in the UK, write your name and address on an A5 sized envelope with a large letter stamp on it and pop it in another envelope addressed to Auction Catalogue, The Beatles Shop, 31 Mathew Street, Liverpool, L2 6RE.  Please note if you affix the wrong kind of stamp you may be charged extra postage when the catalogue arrives with you.
- if you're overseas, email us at auction@thebeatleshop.co.uk for details of how to pay the postage fees for us to send the catalogue to you. Put Catalogue Request in the subject line.
- if you are coming to Liverpool for Beatle Week someone should be in the lounge or foyer of the Adelphi handing out catalogues on the Friday of the viewing day and the Saturday morning before the auction.
- Catalogues will also be available at the auction venue on the viewing day and the day of the auction.


The catalogue is also available to download by clicking this link.
Posted by A-M at 15:04

Some photos of autographed items

We've had a number of requests for images of some the Beatles autographs for sale in the auction but not covered in this blog. To help save time here are the ones we've been asked about the most. Please remember to check the list of previously posted of items covered by the blog this year. 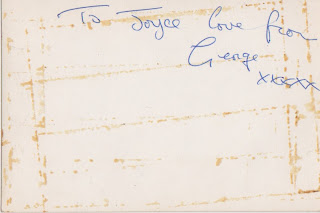 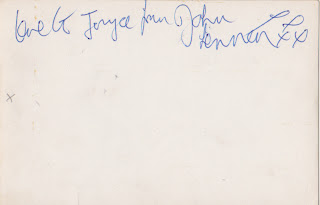 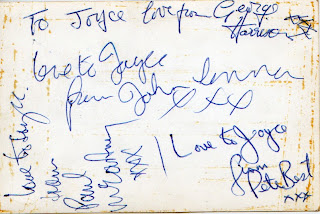 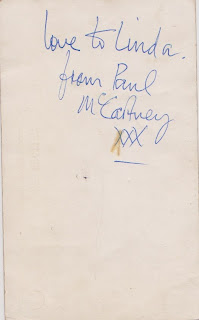 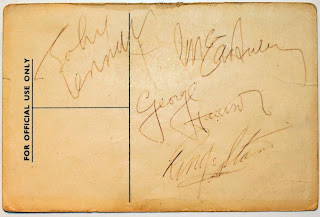 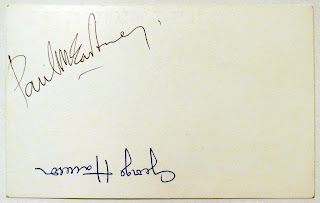 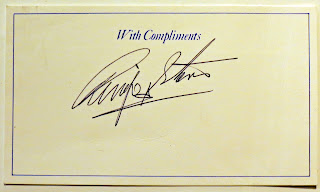 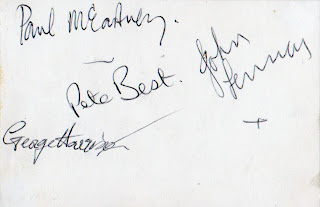 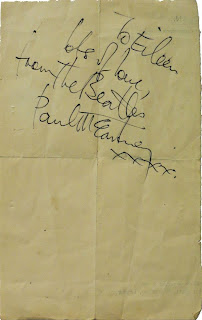 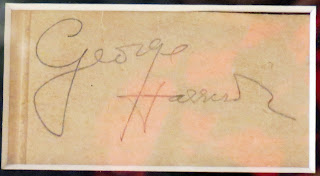 With so many rare and unusual items on offer, it looks like the 2013 Liverpool Beatles Auction will be the best one yet.

Here’s just a few of the highlights.

Fan Club Night card signed by five Beatles – this promotional card from a special fan club night down in the Cavern Club was signed by all four Beatles at the time including Pete Best and not long afterwards was also signed by Ringo Starr. It is expected to reach between £4750-£5500 in the August auction.

Jumping ahead to 1967 this set of Beatles autographs was obtained when they were filming the I Am The Walrus sequence for Magical Mystery Tour at RAF West Malling. After they stopped touring it was harder to find all the Beatles in one place therefore full sets of autographs from the latter part of the 60s are rare. This set, which includes a few other Magical Mystery Tour cast members has been valued at £5000-£6000


Extremely early autographs are very popular, but there’s not too many as early as these by John Lennon. These two school text books are from Quarry Bank school in Liverpool and both were signed out by John while he was at the school. The books carry an estimate of £2000-£2750 each.

Another personal item of John Lennon’s that is up for auction this year is his tie. This black knitted piece of neckwear was given to a fan in the Cavern Club in 1962. A letter detailing the circumstances comes with this item. Anyone looking to buy this unusual piece of Beatle memorabilia can expect to pay £1700-£1800 for it.


Staying with the Cavern Club theme and rare items – there are two previously unseen photographs of the Beatles in the Cavern in this year’s auction. They are both signed on the reverse but although there are four signatures, they are not complete sets of Beatles autographs as Paul McCartney has signed John Lennon’s name. This doesn’t detract from the historical value of the previously unknown photographs and they carry a value of £3250-£3750 each. (Please note the image below is edited and watermarked to preserve the value of the item.) 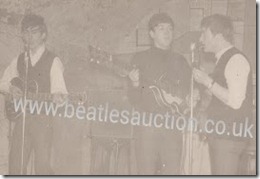 Tickets to early Beatles shows are extremely collectible. There are so few about because they either played un-ticketed club bookings or tickets were collected at the door and later binned en masse. The ticket below is for a staff dance at Lewis’s Department store in Liverpool. The club listed on the ticket was on the 6th floor of the building. The estimate for this very rare ticket is £2250-£2500 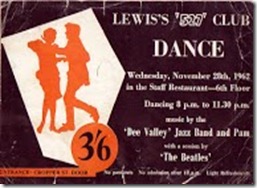 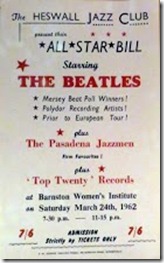 Handbills, much like tickets, are items that were picked up at the time and more often than not thrown away at a later date once a gig was over. This makes surviving handbills for early Beatles concerts quite valuable. This handbill for a concert at Heswall Jazz Club in March 1962 is from Freda Kelly’s personal collection. Freda was the Beatles Fan Club secretary from the early days in Liverpool right through to when the Fan Club ended. The handbill is expected to fetch £2250-£2500 when it is sold in our auction in August.


Radio DJs would sometimes get promotional copies of singles to play before release to help publicise the songs. This demonstration record on the Parlophone green A label is for Hello Goodbye with I Am The Walrus on the B side. It will be put up for auction in August and is expected to reach £1600-£1800. 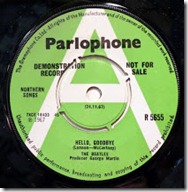 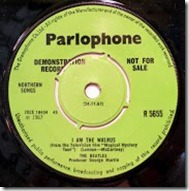 And if all that wasn't enough there's over 300 lots all over varying values to hopefully please every collectors pocket. There's original magazines, photos, autographs, collectibles and even Paul McCartney's front door!

The 2013 Liverpool Beatle Auction is to held at The Paul McCartney Auditorium at The Liverpool Institute for Performing Arts in LIverpool on Saturday 24th August 2013, starting from 10.30am.

These contact details are also for any enquiries about items by bidders. Please see the FAQs and Buyers Notes.
Posted by A-M at 14:55

Please note there has been a change in the details for buyers for this year's auction.

The buyer's premium is now 17% on top of the hammer price. This includes VAT.

This black tie used to be tied around the neck of a Beatle, John Lennon to be precise.

It comes with a letter from the vendor explaining that John gave her the tie in the Cavern Club in 1962 after she had helped out while they were recording down there.
Items like this don't turn too often so we are thrilled to have it in our 2013 Liverpool Beatles Auction.  It will be auctioned along with over 300 other lots on Saturday 24th August 2013 at the Paul McCartney Auditorium at the Liverpool Institute for the Performing Arts.

The auction catalogue should be available by the end of July. Details of how to download/obtain a copy will appear here as soon as it is ready.

This complete set of Beatles autographs also includes several of the group's co-stars from Magical Mystery Tour film.
They were obtained at RAF West Malling and come with a letter detailing the events of the day. 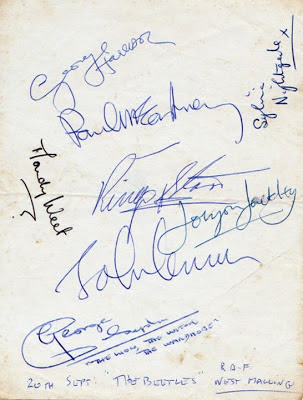 The two photographs below are part of a lot of four images sold with negative/copyright. One features John's  psychedelic Rolls Royce and  the other features the Beatles filming I Am The Walrus. The photos were taken at West Malling. Not shown are a photo of the Mystery Tour bus and a general shot of the area. 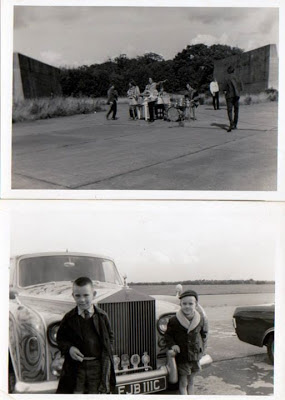 
The 2013 Liverpool Beatles Auction takes place on 24th August at The Paul McCartney Auditorium at LIPA in Liverpool. Over 300 lots will be up for auction. Catalogues will be available end of July/beginning of August – details of how to download/obtain a catalogue will appear on this blog site nearer the time.