Items from the early life of the Fab Four always get a lot of interest, especially school related memorabilia.

Over the years we've had caps, scarves, ties and photographs from their various educational establishments. However not everything has had a direct connection to an actual Beatle. 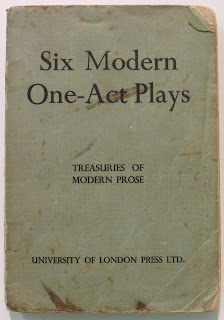 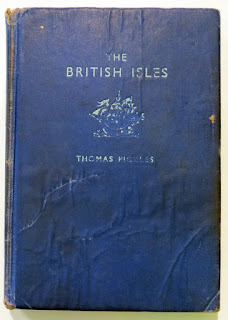 These two text books from Quarry Bank School do have such a connection. They were both used by a certain J Lennon of  form 1VC.

They both have a school book room form stamped on an inside page where pupils who where using the book that year would write their name and form. Presumably this was so lost books were easily recovered and also so if a book a damaged the culprit was known.

The school boy Lennon wrote his name in both of these books, in fact the copy of The British Isles by Thomas Pickles has his name written twice, one instance with the L made to look like a British Pound sign. 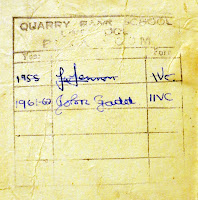 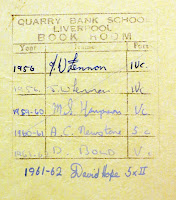 This probably makes them some of the earliest examples of his signature.

The books are being entered into our Beatles Auction in August as two separate lots. They carry an estimate of £2000-£2750 each.

If you have anything you'd like valuing or for consideration for the annual Liverpool Beatles Auction please see the contacts page for details of how to get in touch.