The last time the Beatles as a group played in Liverpool was December 5th 1965 at The Liverpool Empire. There were two shows that day. (No one knew it would be the last time they were to play together in the city. The band gave up touring altogether after a US tour the next summer.)

This ticket stub is for the second show of the day and comes with a tour programme. 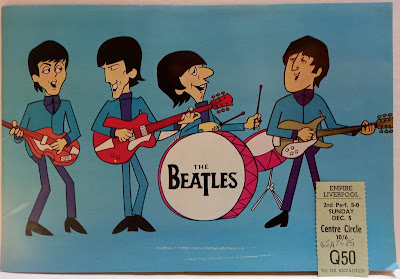 The ticket and programme will be up for sale as one lot in the forthcoming Liverpool Beatles Memorabilia Auction and is expected to sell for £250-£300.