Ringo Starr and Barbara Bach met on the set of this early 80s movie and married just over a year later.
Nearly all the dialogue in the film is a made-up Caveman language and this lot includes a glossary sheet that was handed out at some showing of the film. 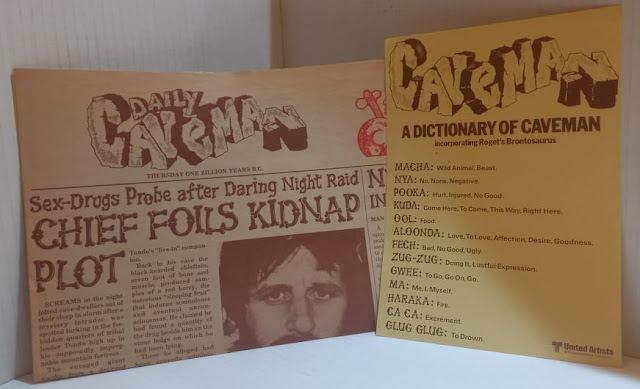 This collection of items relating to the Caveman film will be up for sale in the Liverpool Beatles Memorabilia Auction this August. The estimate for this lot is £60-£70.
Posted by A-M at 10:30