This is another wonderful lot from St Peter's Church Hall in Woolton.

These four panes of stained glass are from the window in the Hall.

In 2018 one of the panels of stained glass fell out which led to an investigation into the condition of the windows which were believed to have been installed in the 19th century. This, in turn, led to the need for replacement windows. The panel that fell out is now part of the exhibition at The Liverpool Beatles Museum on Mathew Street.

In one of the most charming coincidences in the Beatles world, the four colours used in the windows reflect the colours of the Beatles' jackets on the Sgt Pepper album cover.

Since these panes have been in the church for so long and were in place on the very day that Paul auditioned to join John's band The Quarrymen, the glass has been saved and the Church plans to put them up for sale in the near future. When this happens they will be available in a presentation box with a display stand.

Unfortunately, the current Covid-19 situation has put these plans on hold, but fortunately for one lucky bidder later this month, there is an opportunity to be the first person to purchase four panes, one in each colour and help raise much-needed funds for the church.

The photos below show the stained glass in situ, including a photograph from the 1940s, so they were certainly there for that fateful day in 1957! 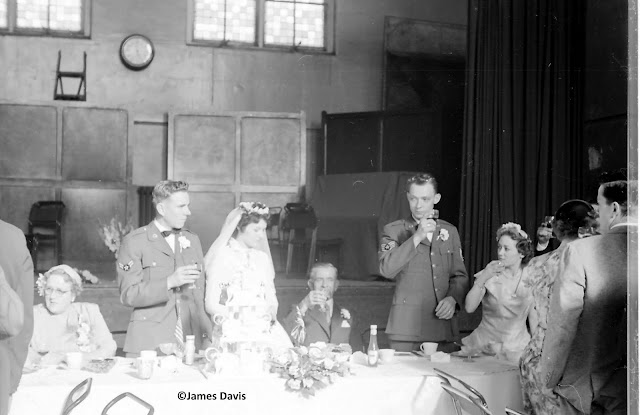 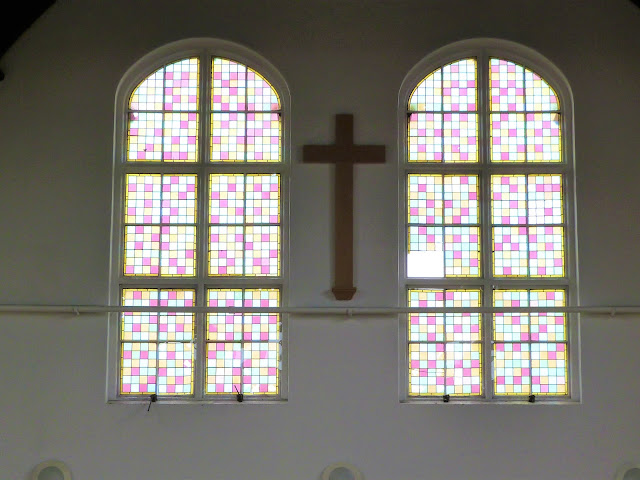 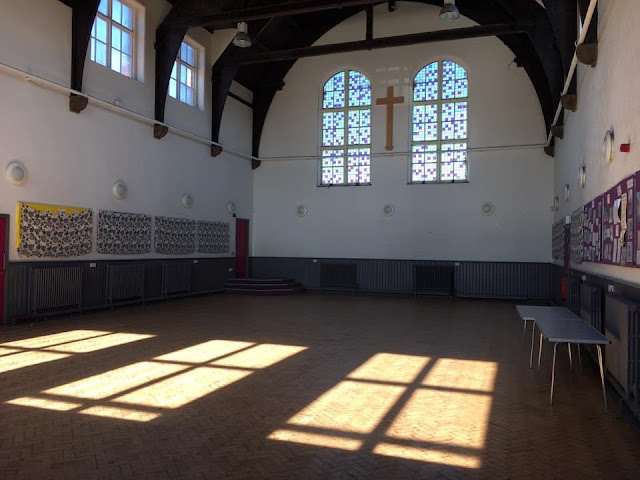 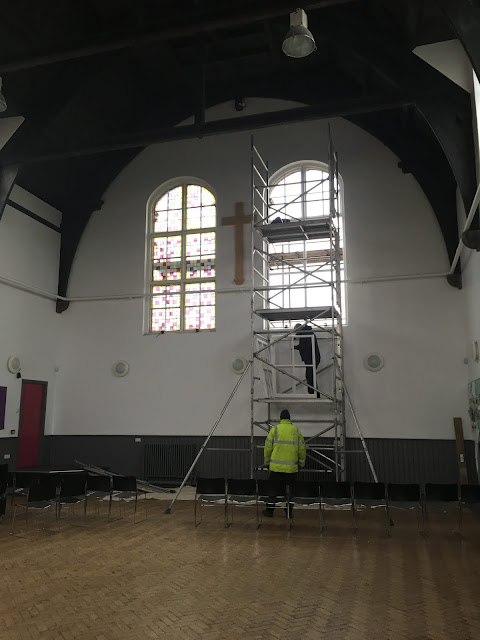 Photographs are used with permission.
Posted by A-M at 12:00

Email ThisBlogThis!Share to TwitterShare to FacebookShare to Pinterest
Labels: 2020
Newer Post Older Post Home
The Beatles Shop on Mathew Street has been proud to organise the annual Liverpool Beatles Auction for several years.