This lovely membership card for the Iron Door is dated 15th May 1960 which happened to the day a band called The Silver Beetles (formerly Johnny and The Moondogs and later, obviously, The Beatles) auditioned there. They were approached with offers of potential further bookings but they were off on tour in Scotland with Johnny Gentle a few days later so declined till later dates.) 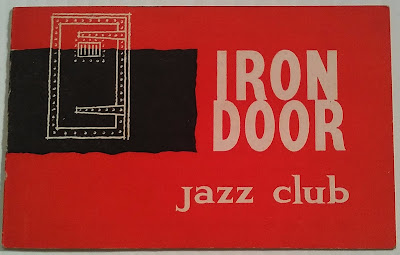 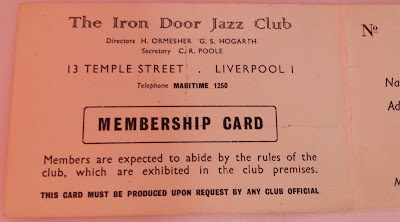 The estimate on this item is £200-£250 and it will up for sale in our Annual Liverpool Beatles Auction later this month.

The 2016 Liverpool Beatles Memorabilia Auction takes place on 27th August 2016 at the Paul McCartney Auditorium at The Liverpool Institute for the Performing Arts. . All valuations are free.

Email ThisBlogThis!Share to TwitterShare to FacebookShare to Pinterest
Labels: 2016
Newer Post Older Post Home
The Beatles Shop on Mathew Street has been proud to organise the annual Liverpool Beatles Auction for several years.