A Christmas Gift from Them to You

The flexible  plastic records were issued at Christmas time to all the members of the Beatles fan club and contained a special recorded message by the band to the fans.

In 1963 apparently 25,000 were made and sent out to fans, then a further 10,000 got sent out without sleeves due to demand. After that obviously the fan club numbers exploded and many more copies of subsequent discs were sent out.

The rarest of the Christmas records dates from 1970, when fan club numbers were falling. This was a proper vinyl album which compiled all the previous Christmas flexi discs together on one record. 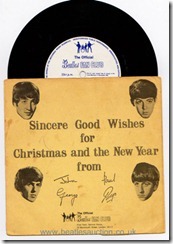 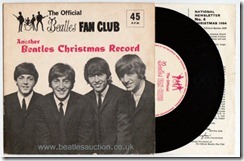 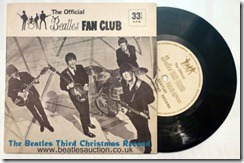 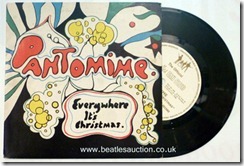 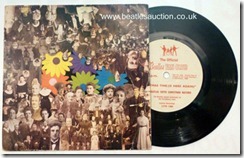