New Beginnings At The Cavern Club

In February 1966 the Cavern Club was closed despite fan protests. However it changed hands and reopened in July 1966.

As well as the previously mentioned programme for the event, we have a number of other lots from the grand re-opening.

Here is an invitation the reception attended by the Prime Minister Harold Wilson. 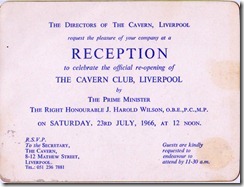 Several artists appeared at the re-opening. Here are two contracts for performers appearing during the afternoon. One is for Solomon Burke and the other is for Rufus Thomas. 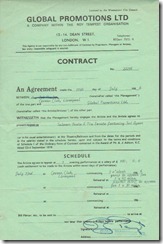 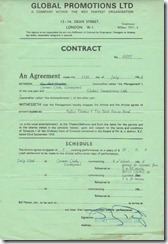 To see the entertainment for the day you would have needed a ticket to get into the club. They looked like this. 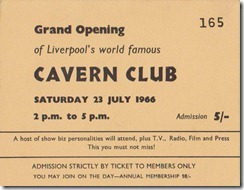 The Press obviously covered the re-opening, and this pressbook was provided to give them information about the event. 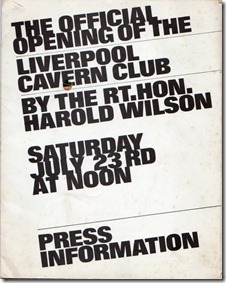 Not everyone could attend the event so some sent telegrams wishing the club well. Two of these (from Noel Gay Artists and Peter & Gordon) are up for sale in the auction. 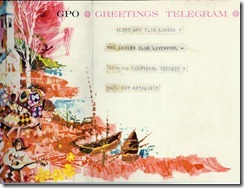 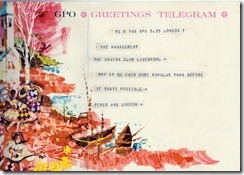 The auction takes place on August 27th 2011 at The Paul McCartney Auditorium at LIPA. It is organised by The Beatles Shop on Mathew Street, lots are no longer being taken for this year’s auction but they start to take items for 2012 from November this year. Contact details are listed on the right of this page, and potential vendors and buyers should read the FAQs and the relevant buyers/sellers notes.

Press enquiries should be made through the same contact link. Better images of items can be made available to the press upon request.
Posted by A-M at 16:54