This handwritten letter from Norman Rossington is being sold together with an invitation to the Save The Children Fund event mentioned in the correspondence.

Norman appeared in A Hard Day's Night with the Beatles in 1964. The TV show referred to in the letter is Curry & Chips which starred Spike Milligan and Eric Sykes. 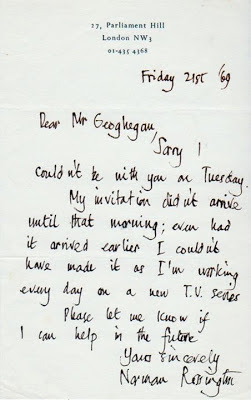 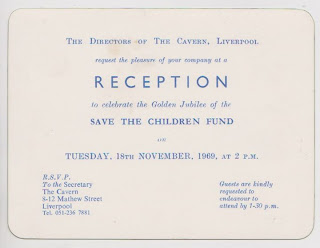