The Beatles relatives were often asked to get autographs for fans, but also they were occasionally asked to sign autographs too.

Here’s Louise and Harold Harrison’s signatures on the reverse of a Beatles promotional card. 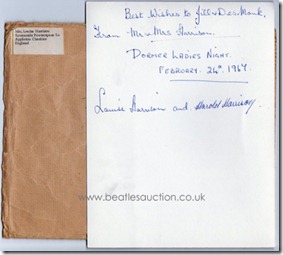 John lived with his Aunt Mimi on Menlove Avenue for most of his childhood. We have two Mimi related items going into this year’s auction. 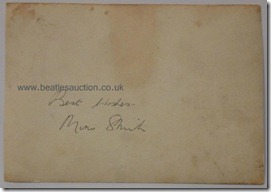 And there is also a two page handwritten letter from the eighties from Mimi. 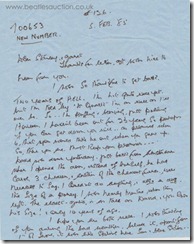 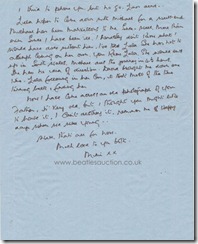