FAQ - Seller Notes - Buyer Notes - Contact Us - How To Find Us
We will bring you the details of the 2021 Auction as soon as we know them.
We're sorry but we can't take any more items for the 2021 Auction. Stay tuned for news of some of the many, many items that will be going under the hammer.
In the meantime, stay safe everybody and we hope to see you soon.

At the age of four Russell Jamieson was already an huge Beatles Fan!
Click the image below to read about him in issue two of Beatles Monthly. 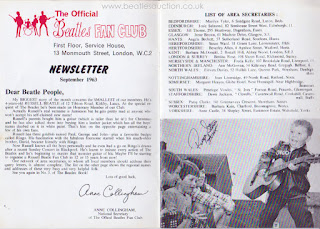 The jacket Russell is wearing in the picture was specially decorated for him and he even had a tiny pair of Beatles boots. His story appeared in the local press and he was adopted as the youngest and only honorary member of the Beatles Fan Club. He got to meet his idols and even got tickets to watch them record Juke Box Jury at the Liverpool Empire. He was also sent a full set of Beatles autographs with a personal message for their youngest fan. 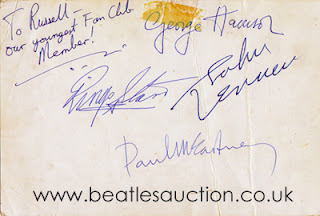 Several items from Russell's personal collection are going to be up for sale in our annual Liverpool Beatles Auction. These include his jacket, the autographs, his boots and several letters from the Fan Club, Tony Barrow and from Beatles fans who wrote to him after his appearance in Beatles Monthly Magazine. 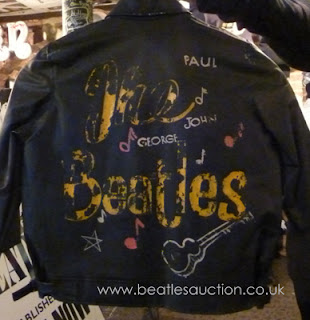 The design on the back of the jacket. 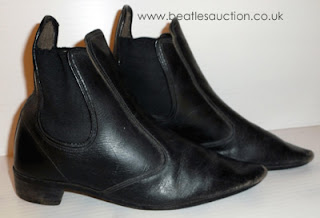 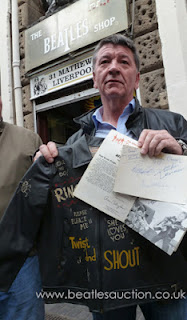 Russell today, with his jacket and autographs outside the Beatles Shop.

The jacket and autographs are being sold in one lot with an estimate of £7000 while the boots are being sold along with some of the letters from Beatles fans and are estimated at £100-£150.
The estimates on the other letters will be available in the auction catalogue, available in early August.