The Master Of Going Faster?

Here’s something a bit different for our auction in August.

This is a programme for the British Empire Trophy held at Silverstone in 1996. It is signed by George and also by Brazilian racing driver Nelson Piquet. 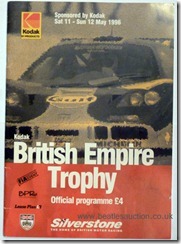 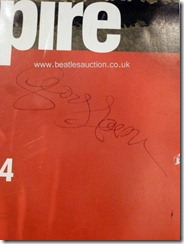