In April 1972 the publishing company New English Library was about to publish a book entitled “Power To The People: The Political Thoughts of John Lennon” but it was pulled at the last minute and never came out on sale.

The book was to have consisted of quotes culled from interviews given during 1970 and 1971. Speculation has it that one of the possible reasons for it not coming out was that it may have jeopardised Lennon’s visa green card application.

In the annual Liverpool Beatles Memorabilia Auction this August there is the opportunity to bid on a Printer’s Proof of the book. This is all the pages laid out on a large double sided sheet, basically ready for cutting, folding and binding into the inside pages of the finished product.

Our images show just a few examples of the “pages” on the sheet. 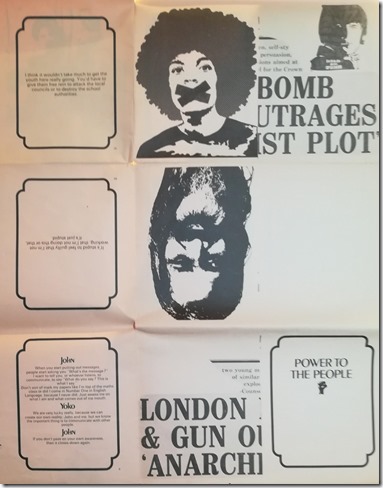 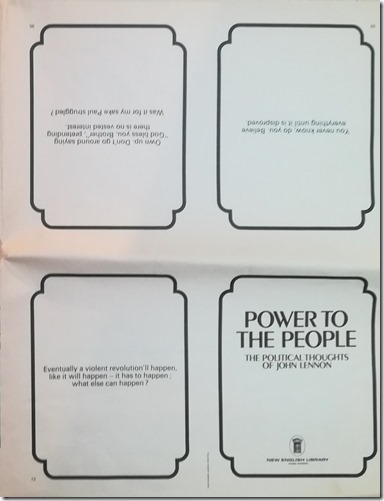 While less than a handful of uncorrected proof copies of the book are believed to exist, this is the first time we’ve come across an uncut Printer’s Proof.
The estimate for this item is still to be confirmed.
Posted by A-M at 15:26